Bryan Rice: „Now it’s our turn to show Europe how we make TV” 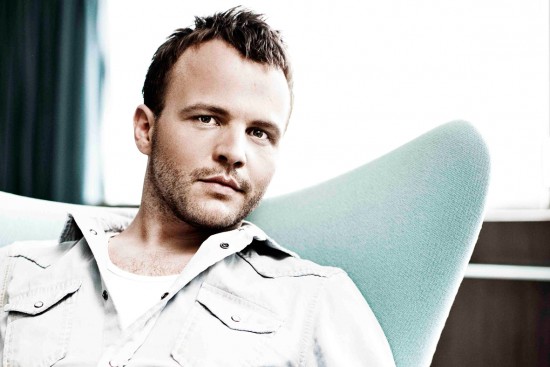 Bryan Rice will fight to represent Denmark with song „I choose u” written by Lars Halvor Jensen, Johannes Jørgensen, Shanna Crooks. In 2010 he finished 2nd in DMGP final with „Breathing”. Follow him on Facebook – HERE.

How do you feel now, when you’ve learned you will participate in Dansk Melodi Grand Prix 2014?

Honestly, I’m a bit confused… there are a lot of things to take care of right now, and the public announcement of the participants was made a lot earlier than expected, so suddenly everything had to be rushed… But it’s good! It feels good to be back in that game, even though I had expected it to be in 10 years or more… I was very happy with my 2nd place from 2010 with „Breathing”, but with the right song, the urge to turn silver into gold and the possibility to represent Denmark IN Denmark, makes this year the right time for me. This is it!

Yes, I do. If not, I wouldn’t have agreed to do it… But most of all I feel that my audience is behind me and that Denmark is. Since „Breathing”everyone I met have said to me that I should have been the winner… If they still have that belief in me, this is the time to show it! Because then I’’l win the victory back to DK for the second year in a row 😛

It is an uptempo and very energetic song, as we hear Katy Perry and other contemporary artists do them right now. A song about being hit by pure love at 150 km/h. A song about the only one in a positive and happy way.

Do you have any ideas about stage performance already?

That is what we’re speaking about in meetings right these days so nothing is settled, but something big is gonna happen… I can assure you!

Are you an Eurovision fan? What is your favorite Danish song from ESC? Are you proud, that your country will host the contest?

I have always watched the show since I was a kid. I wouldn’t say that i am specifically a fan of Eurovision, but I’m a fan of great pop music, and luckily there are great pop sings in ESC. So that’s what attracts me! I have many danish favorites, but mostly Emmelies „Only Teardrops” stands out right now. Yes, of course I am! Now it’s our turn to show Europe how we make TV 🙂

What’s more important for you – to be a singer or composer?

Both, I would say. The one depends on the other… But singing is what I do the most, that is where I get my doses…

What are your plans for the nearest future apart from DMGP and Eurovision?

I am currently recording and producing my 5th album, and I’m also making a lot of other TV shows, and single projects with other artists as i.e.. french DJ Guéna LG. So there are many things in 2014, and I love it!

This year Poland is back to Eurovision after two years break. Have you been in Poland or do you know any Polish musicians?

I have been to Poland many times. First, when I was a scout, we had a friend group in Poland that we visited several times. Furthermore, my father was married to a polish woman, Danuta, for many years, so I had a polish “half family”. Unfortunately, I don’t know about polish music, but I would love to!

How would you invite Eurovision fans to go to Copenhagen for Eurovision 2014?

I would love for Copenhagen to be filled with happy, colorful Esc fans from all over the world for the whole ESC period. Copenhagen will be turned into one big pop capital, and I can’t wait!