by Maciej Mazański
in English
0 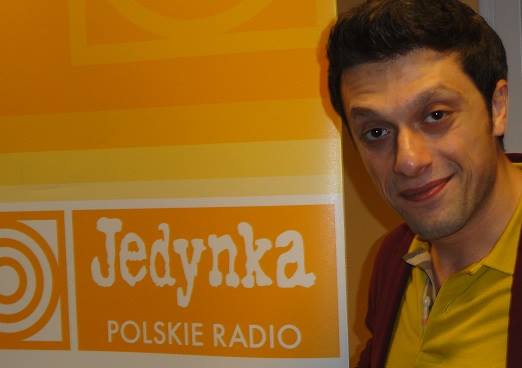 Eurowizja.org interviewed Aram Mp3 from Armenia, who will perform his song „Not Alone” on the first semifinal of Eurovision Song Contest 2014.

eurowizja.org: Today, a special guest visited Poland – it’s Aram Mp3, who is representing Armenia this year at Eurovision Song Contest. Hello Aram, it’s a pleasure to have you here today. Is it your first time in Poland?

AramMp3: Hello everyone. Yes, it’s my first visit in Poland. Warsaw is a very beautiful city! I didn’t have much time to see the city center, because directly from my hotel I went to the Polish Radio. But I hope that I will see more at the evening.

First of all, I would like to ask you – how did it happen that you are representing Armenia this year?

Armenian Public TV internally chose me for Eurovision Song Contest and it was a big surprise for me. A very nice surprise, because I have always wanted to represent Armenia, so this is a dream coming true.

When I heard song „You’re not Alone” for the first time, I must admit, I was a little bit surprised, because I expected something less serious from a man, who is a comedian. Please tell me, how does it happen, that you are able to be such a funny, unserious comedian, and such a sensitive, serious musician at the same time?

Yes, I’m a musician and a comedian at the same time.. In my comedy show I do a parody of famous singers, so that’s why they call me Aram Mp3. That’s my comedian part. But there is also music – I really like music, especially serious music. I chose Not Alone to be my Eurovision entry for two reasons – first, because I wrote this song (laugh), and second, because it’s made from real human feelings and emotions.

Do you consider yourself more as a comedian or more as a musician?

More as a musician, because even my comedy acts are connected with music.

Currently, you are number one at the bookmakers rating, so it’s obvious, that you are considered as one of the biggest favorites this year. How does that situation affects you? Do you feel more pressure because of it?

It’s a very good feeling. I’m ready for the 6th May, to fight in the semifinal. And I hope, that I will pass to the final and… maybe win (laugh).

Can we expect an album release from Aram MP3 in the nearest future?

Yes, of course. I don’t know when exactly, but in this year, for sure.

I can see that you are not alone today! Could you introduce the man, who is sitting next to you?

Yes, of course. This is Garik Papoyan. First of all, he is my friend from comedy show Vitamin Club, and what’s more important, he wrote the lyrics for Not Alone song.

So, Garik, do you think „it’s all in one kiss that turns all seeds into trees”?

Garik: That’s a good question (laugh). I can say, that if it happens, that a solution of all of your problems is one kiss, then you can believe, that this one kiss can turn seeds into trees.

Aram, have you followed Eurovision Song Contest in past years?

Have you heard the song, that will represent Poland in Copenhagen?

And what do you think about the other songs? Who will win Eurovision Song Contest 2014?

I don’t know. I hope, that Armenia!

You will be the first one who will perform at first semifinal. Do you think it’s a good start position for you?

For the semifinal yes, I will sing my song and go rest (laugh). But for the final – I don’t think so.

One more question about the song. What was the first – the music or the lyrics?

AramMp3: The music was first, then the lyrics, arrangement, mastering etc.

What do you think, when you hear a comparison of your song to Michael Jackson’s Earth Song? It grows and „blows” almost in the same way.

Garik: We feel proud when we hear this kind of comparison.

Garik: The phenomenon is that this song doesn’t sound like Michael Jackson, but there is something about it, that it grows, grows, grows and suddenly blows up – that’s all that can be compared to Michael Jackson’s Earth Song. But when you compared our song to his song, we feel proud.

So the song has been written before you were chosen to represent Armenia?

Garik: Yes Aram wrote the music about 6 months ago. But the lyrics came later, after he was chosen to represent Armenia. At first it was called Earth Song (laugh).

What about your performance in Copenhagen – are you going to close your eyes?

AramMp3: It will be a surprise. Now we are working on it. One thing I can say, is that I will be on stage (laugh).

Thank you very much, I wish you a nice stay in Poland and good luck in Copenhagen!