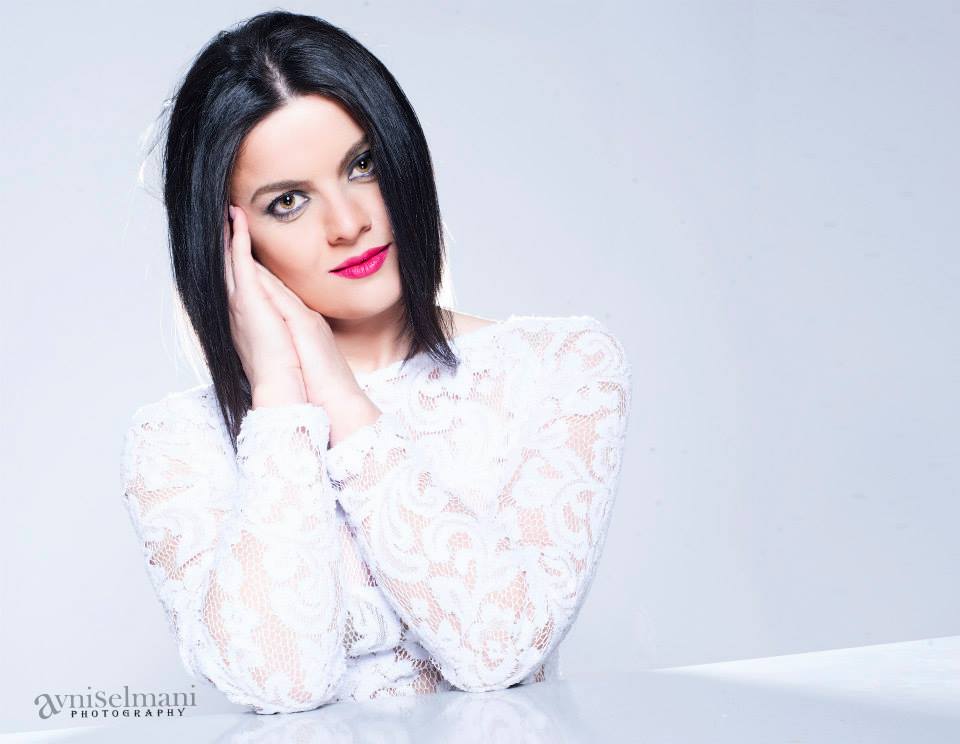 About Eurovision, music and… power of Albanian female voice!

You participated in Festivali i Kenges few times before you finally won. Are you happy that actually „Zemërimi i një nate” won the competition or maybe you would like to participate at Eurovision with any of you previous song from FiK?

I am very happy that I was given the possibility to represent my country with this song. The first time I heard it, I immediately started crying. I created a connection to this song and also trust. I had  collaborated with the composer Genti Lako and the lyricist Jorgo Papingji one year ago, with the song “Kush ta dha kete emer”, which I also loved, and I have loved every song I’ve sung on the FiK stage. This year though, it was different, the song was something special to me.

I’ve heard you will perform your song in English at Eurovision. What’s the title of English version and when we will be able to hear it?

We still haven’t decided definitively, but there is a big probability to sing it in English. We want the message of the song to be understood and heard from everyone. We’ve already recorded an English version, and it will be titled “One night’s anger”, as everyone knows it. It will be released very soon, probably in March.

You are strongly connected with Italy. Did you heard Italian song from Eurovision 2014 already? What do you think about Emma Marrone?

It’s true, I’m connected to Italy because I am actually studying on the fifth year for lyrical singing at the Santa Cecilia music conservatory, in Rome, so I stay there most of the time. So I have heard Emma Marrone before, and I think she is a great artist. Also her entry; it is a very good one on this year’s Eurovision Song Contest.

Are you an Eurovision fan? Which Albanian song from ESC do you like the most and who should represent Albania in the future?

Yes, I have watched ESC every year, I enjoy it very much. I know most of the artists that have sung on that stage as representers of Albania, and I appreciate them all. They have been all beautiful entries, but it depends how it arrives to the European public. There are a lot of great new or experienced artists from Albania who could represent my country in the future, and I think it will be given the possibility to do it to each of them, so they could show their talent to a bigger stage.

Since 2004 only female singers from Albania manage to qualify to the final od Eurovision. Luiz Ejlli, Frederik Ndoci or Adrian & Bledar failed. Do you think that Albanian female singers are stronger that male one?

We have more female singers than male singers in Albania. I think there’s a certain mentality that gives them a bigger priority, and I’m glad, because Albanian female have strong, powerful voices.  But I generally go for male voices, I like their sound, tonality, and I think the ones we have are few but best. Then the ESC stage is another story, because it has to do with the impact the song creates to the public, sometimes though professional, it may not be catchy, or may not fit the European taste. It’s a complexity.

This year Poland is back to the competition after few years break. Do you know anything about Poland or maybe do you know any Polish singers?

I have never been there, and I hope I could visit it if we make a promotional tour. From what I’ve seen from Varsava, it’s very beautiful, white, dreamy. I like the sensation of dreaming in certain cities I’ve been or I’d like to visit, like Copenhagen. I have also seen some folkloric dance crews from Poland, and I think they’re amazing. I’m glad you’re back to the ESC, because I appreciate your authenticity.

What’s your plans for the future? Album, new songs, concerts, any special projects?

For now, I’m focused on the Eurosong plans, which are a big commitment, and can’te be left aside. Then, I’ll have to finish my studies at the conservatory, because classical music is a big passion of mine, which I have sort of abandoned in this period. But I will keep doing new songs and projects of the pop music, I just have never had long termed plans. I like following my feelings and intuition.

In which dress will you perform at Eurovision 2014? Do you have any ideas about your stage presentation?

I don’t know about the dress, it is a bit soon. But I think it will be a minimalistic, simple-but-catchy kind of performance. I’d like for the song to be heard more than seen. We still haven’t created any concrete idea for it.