„I have a strong feeling of its success” 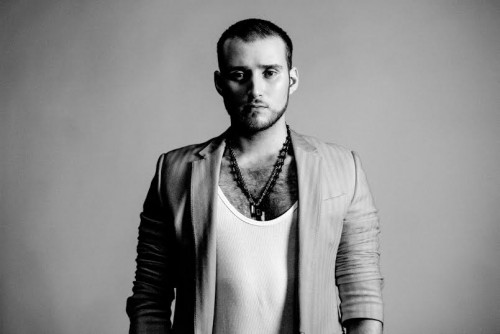 Eurowizja.org would like to introduce you one of the contestants from UMK 2014 in Finland. It’s Lauri Mikkola from Turku!

Lauri Mikkola will fight for the right to represent Finland in the Eurovision Song Contest 2014 with his own song „Going down”, which you can find here.

Tell us something about yourself and your music. Why did you decide to participate in UMK?

I am 24 years old, born in Turku, Western Finland. I started working with music for about 9 years ago. I have been a full-time musician for 2 years now. The music I perform is mainly soul/R&B -styled and I like to use big arrangements and sounds. I mostly sing in English and I would describe my style as quite international. I decided to participate to UMK since the song I have written feels like a perfect one for this year’s competition and I have a strong feeling of its success. It is also something really different compared to the songs Finland has competed with for the last few years.

Are you an Eurovision fan? Which Finnish Eurovision song do you like the most?

I have often followed the Eurovision Song Contest. It’s fun to watch and see how different the songs from different countries can be. Especially Krista Siegfried’s song ”Marry me” was something I really liked.

What kind of song did you prepare for UMK? What’s your goal during UMK? What do you think about this kind of competition?

The song I made for UMK this year is really different compared to the ones they’ve had on previous years. I wanted to sing my song in English in order to reach more people and possible fans. The song I made is internationally reachable.

My goal is of course to win the UMK and that way get to represent Finland at the Eurovision Song Contest. I am very competitive, especially now since I’m competing with my own song that is also a bit personal. What comes to the live performance, I am a bit of a perfectionist. I want the performance to be wellprepared by every single detail.

Do you prefer to sing in English or in your native language?

I definitely prefer singing in English. Since my style is international and I’d like to perform internationally, Finnish might not be the right singing language for me. I’m also aware of the fact that the winning song will be heard all around the world. Therefore English is a better option and I find it important that people will understand the lyrics.

This year in Malmo Finland was represented by Krista , and even is she failed to manage good result in the final, she was very popular among the fans especially due her crazy style and „lesbian kiss” on stage which was the first ever „homosexual act” in the history of the contest. What do you think about that? Do you think that it’s imporant to do some scandals if u want to win Eurovision?

Krista really collected a lot of attention in Malmo due to her style and her fierce character. I actually know her from before since we both competed on The Voice of Finland at the same time in 2012.

Krista kissing a girl was a brave thing to do and gathered a lot of attention all around the world – both positive and negative. Personally I was impressed that she had the guts to do it. It is important to stand out from the crowd at the Eurovision somehow and it doesn’t necessarily need to be something scandalous. Although in this case, even if the song didn’t get that many points it will still be remembered for a long time and that’s something even more important.

Next year Poland will be back to the Eurovision Song Contest after 2 years. Do you know something about that country or any Polish music artists?

It is awesome to have Poland back in the Eurovision crew again! I find the history of Poland and Warsaw really interesting. I also personally know a few Polish musicians that are extremely talented and nice people. The first thing that comes to my mind of Poland and its music is Chopin.

What should we wish you for next year? Do you have some plans for New Year’s Eve?

My aim is to get an international career within the music business. At the moment I’m concentrating on the UMK fully and hoping that it works out. As I’ve now found my own sound and style, my goal is to make more songs and gather an album out of them.

On New Year’s Eve I’m planning on taking it easy, relaxing with friends and family and having a good time. I’m a really good cook so I’m going to cook for the whole band then, too. 🙂