Insights from the Italian party

by Maciej Sychowiec
in Bez kategorii
0 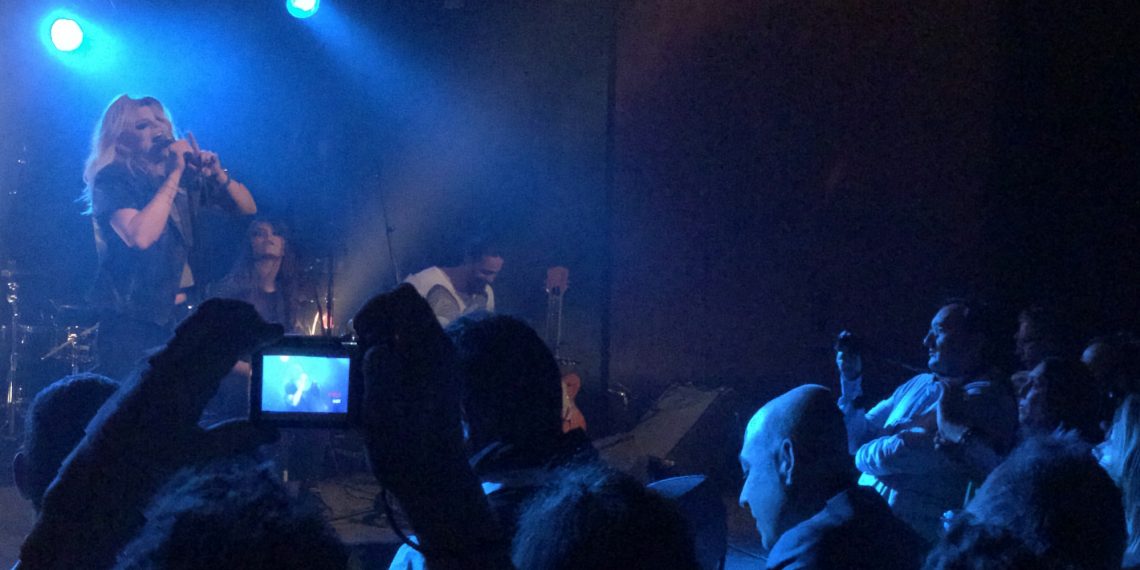 The Italian Party took place on Monday. Emma Marrone – this year’s representative of Italy, was the main star. Eurowizja.org was there!

Eurovision is not only about the three live shows. Quite to the contrary, the two Eurovision weeks are usually packed with various accompanying events. We have had a chance to visit the Italian party organized by the Italian delegation at Lille Vega club on May 5 at 19:00. The highlight of the evening was a showcase of 6 songs performed by the Italian representative Emma Marone.

With the last Italian party being held in 2011 upon Italy’s return to the contest, this year’s party was open to the public allowing all non-accredited fans to attend. Even though the capacity of the club is 400, no more than 200 people attended the party, the Georgian vocalist Mariko Ebralidze among the notable ones. This is perhaps because the party clashed with the jury rehearsal of semifinal 1. The party was well-attended by local Italians, however, which means that Emma is well known among the diaspora Italians.

The event was unfortunately badly organized with only a DJ heating up the crowds for nearly two hours, when Emma made her first appearance. Some of the fans gave up and left by then. Those who stayed were awarded with a showcase of 6 of Emma’s songs from her newest album, including the Italian entry from this year, La mia città and two other hits: Amami and L’amore non mi basta . Emma proved to be a passionate performer and yet again declared her intention to bring the contest back to Italy this year.

Report was prepared by Michal Smrek.