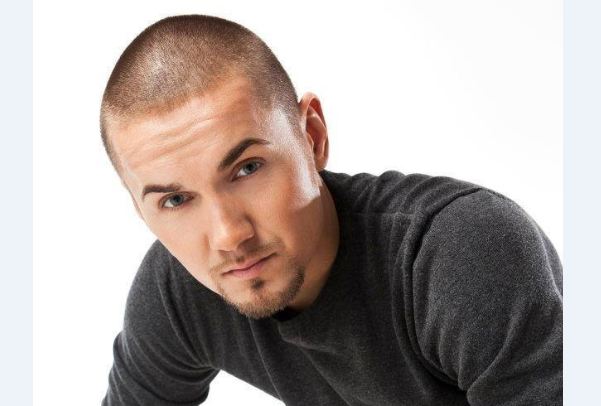 He was backing singer for Estonia 2001 and now he wants to represent his country again!

Lauri Pihlap represented Estonia two times – in 2001 as a part of 2XL and together with Tanel Padar and Dave Benton manage to won Eurovision in Denmark. That was first victory for any ex-Soviet country. In 2013 he was back as backing singer for Birgit. Now Lauri would like to represent his country as a solo singer. On Friday he will perform his song „Lootus” at second semifinal of Eesti Laul 2014. Fingers crossed!

How do you feel before semifinalsof Eesti Laul? Excited or stressed?

I feel good. I think we’ve done a great job so far. I have faith in my song and in my team and the rest is pretty much out of our hands. If people connect with the song and the performance then it’s all good.

Which song did you prepared? What’s your goal during Eesti Laul?

I wrote the song „Lootus“ („Hope“) for my upcoming second solo album. When EESTI LAUL 2014 was announced I thought I’d give it a shot and go with this track. I guess it paid off. In my opinion the song is an uplifting and powerful track with a simple and inspirational message. Whatever happens happens. I always try to give my absolute best. For me it’s ALWAYS about the MUSIC!

Your Eurovision experience is quite impressing. Actually you are a winner of Eurovision 2001 with band 2XL, Dave and Tanel, but you also represented your country last year in Malmo with Birgit. What’s your impressions of that contest, are you an Eurovision fan?

The Eurovision experiences have been great. Back in 2001 I was a 19 year old kid who got the opportunity to get onstage and be seen by millions of people. And look what happened – we actually won and NOBODY saw that coming! We were the underdogs but we turned things around. It was a fantastic feeling. Last year in Malmö we also had a blast. Our team was great, we gave a great performance got to the finals and I would say – job well done! I am a fan of music! PERIOD! Eurovision provides us with a huge amount of songs every year. If I discover some that I love then GREAT! I think a competition like Eurovision is cool. I mean it has a long history and it still keeps on going. So I don’t see why not!

In 2000 Sweden was hosting Eurovision which Denmark won. Last year Sweden was the host as well, and Denmark won again. Do you think that Estonia will win in Denmark this year, as you did in 2001?

Well with stuff like that you never know… But wouldn’t it be cool! History repeating itsself… yeah that’d be nice!

That’s a tricky question. Well the first 3 that come to mind are „80’s Coming Back“ by Ruffus, „Once In A Lifetime“ by Ines and „Mere lapsed“ by Koit Toome.

Do you prefer to sing in English or in Estonian?

I enjoy both. When I was younger the majority of music I sang and wrote was in English. Nowadays it’s more like 50% – 50%. I go witgh the flow. If I’m inspired to write in Estonian I do that. If the lyrics come to me in English – so be it.

This year Poland is back to the competition after few years break. What do you know about our country? Do you know any Polish musicans?

I know that compared to Estonia your country is BIG. Almost 40 million people vs our 1,3 million. Your native language sounds extremely difficult. And I know that the legendary Marie Curie was born in Warsaw.  Unfortunately I don’t know many Polish musicians. But years ago my father introduced me to the music of Czeslaw Niemen. A fantastic singer-songwriter.

I am currently working on my second solo album. It’s gonna be released this year containing songs in Estonian and in English, all written and co-produced by me. New singles, music videos… I’m hoping for the best!