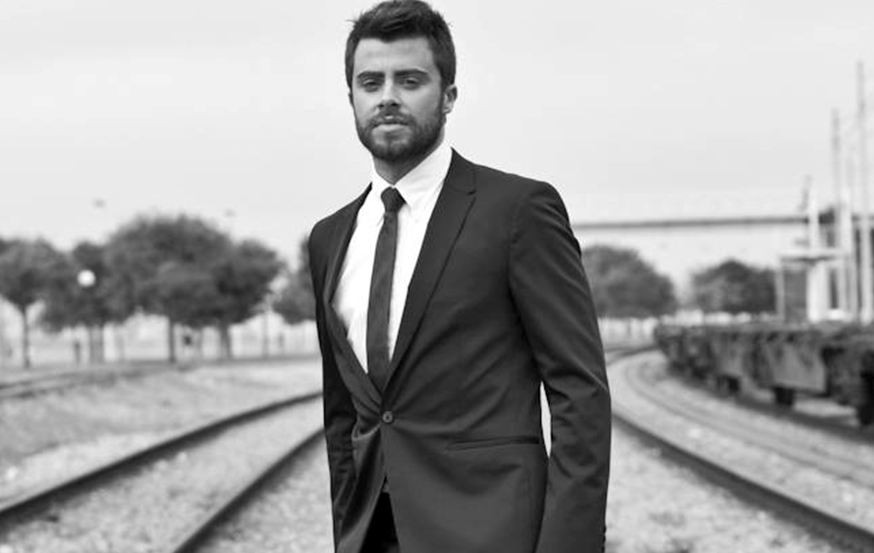 Many singers dream to perform at Eurovision Song Contest, but there is one talented Portuguese guy who has very strong ESC-support! It’s Rui Andrade, singer who would like to represent Portugal in Copenhagen.

Eurowizja.org speaks to Rui Andrade, contestant of Portuguese National Final 2011 & 2012. In 2011 his song „Em nome do amor” finished 3rd, so as his 2012’s entry „Amor a preto e branco”. Rui is not hiding his dream to represent Portugal in the Eurovision Song Contest, and it’s important to say, that Ruslana, Zlata Ognevich, Anna Vissi together with many fans from whole Europe supported him in his fight! Now, when Portugal is back, Rui can be much closer to make his dream come true!

When did you realized that Eurovision is your dream?

I remember whan I was a child and family started to watch the Eurovision Song Contest … And my dream was always to sing and have a career as a singer so the stage of Eurovision has always been one of those stages that I would love to reach… More recently, if you ask me when my dream to represent Portugal at Eurovision was truly born, I can tell you it was in 2001, with Natasha St Pier represented France … That year and this song was when I receive the „kick” to fight for representing my country.

Which song would you like to sing at Eurovision?

What did you feel when you’ve learned that Portugal will come back to Eurovision?

I felt extremely happy obviously … First, it would be an opportunity for me to try to represent Portugal, but mostly because I believe that Eurovision is a spectacle that shows the songs, the singers and the culture of a country… It’s not about the results, but there is a positive representation of my country, at least for those three minutes of the Portuguese song, Europeans can see what is being done in Portugal … hear our culture … hear our singers.

Who is supporting you on your way to Eurovision?

I have my team… my national and my international manager… my vocal coach… my friends, my parents… they know my dream, and i think: together we can reach my dream.

This year Poland is back as well. What do you know about our country?

I’m happy for Poland too… Not only because of this what I said about Portugal’s return… but because i really like your entries and your songs… I don’t know anything and never been in Poland, but i would love to visit this country and get to know more about your culture and more about your music…