Mikko Pohjola: „I wanna trust my song without any scandals” 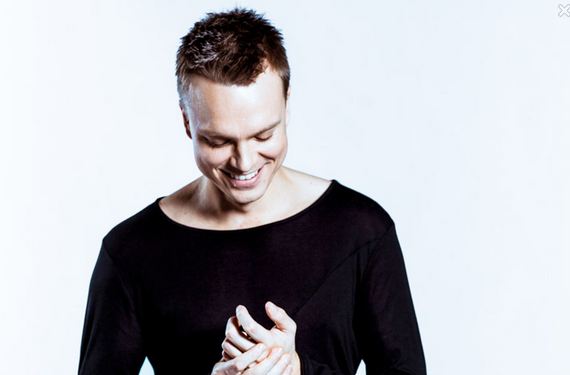 Eurowizja.org would like to introduce you another contestant from UMK 2014 in Finland. This time it’s Mikko Pohjola!

Mikko Pohjola will fight for the right to represent Finland in the Eurovision Song Contest 2014 with his song “Sängyn reunalla”. Official videoclip for this song will be presented 10th of January

Tell us something about yourself and your music. Why did you decide to participate in UMK?

My first album was released in 2011 and the next one is coming out very soon. I thought that this competition would be a great opportunity to promote my new album and get people into my music.

Are you an Eurovision fan? Which Finnish Eurovision song do you like the most?

What kind of song did you prepare for UMK?

My Song „Sängyn reunalla” is really sensitive song and it’s about two people falling in love at the wrong time. They are struggling with their feelings and trying to stop their motions going any deeper because what they are doing is hurting the third person at the same time.

Do you prefer to sing in English or in your native language?

I’ve recorded my first and my next album in finnish. If I get picked to Eurovision finals, I have to consider doing english version of my song.

This year in Malmo Finland was represented by Krista , and even is she failed to manage good result in the final, she was very popular among the fans especially due her crazy style and “lesbian kiss” on stage which was the first ever ”homosexual act” in the history of the contest. What do you think about that? Do you think that it’s imporant to do some scandals if u want to win Eurovision?

I’ve met Krista as well and I have to say that Krista is a great singer and a performer! I love her stuff and I think that she’s going to be a big star in a whole wild world. I wanna trust my song and my perform without any scandals.

This year Poland will be back to the Eurovision Song Contest after 2 years. Do you know something about that country or any Polish music artists?

I know that the capital is Warsaw and that your main sport is football. I´ve never been in Poland but I definitely want to visit your country someday. Sorry that I don ́t know any artists from Poland but I really like to hear if you recommend me some.

What should we wish you for next year?

I hope that I have lots of gigs and people would love my new album. I have a gig on New Year ́s Eve so what would be better way to begin the new year than doing what you love to do.