by Maria Baładżanow
in English
0 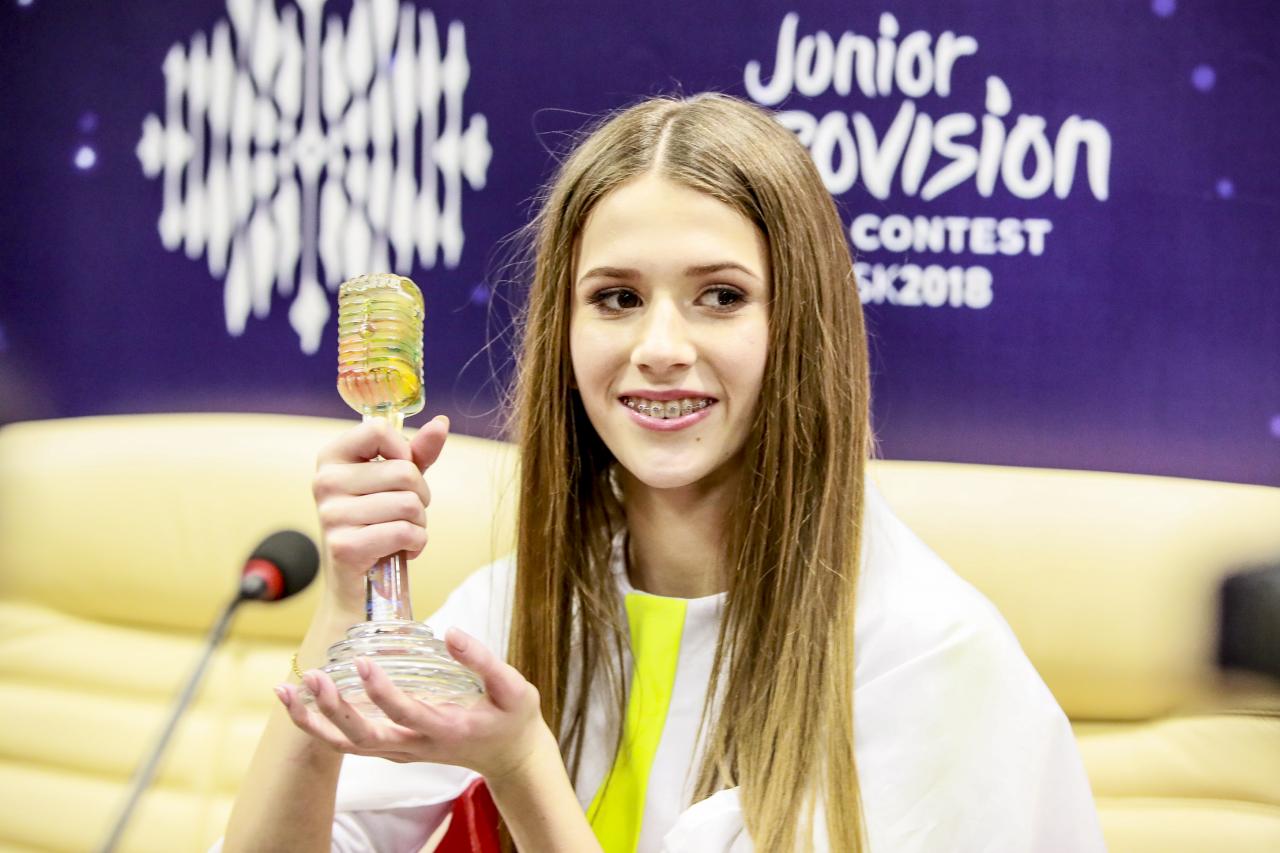 Roksana Węgiel has won 16th Junior Eurovision Song Contest with song Anyone I want to be and total score of 215 points (79 points from nationals juries and 136 form online voters).  It is the first win for Poland in Junior Eurovision, and fifth participation in contest.

Polish singer gained popularity after victory in polish version of The Voice Kids. In the show, Roksana was coached by Edyta Górniak (ESC 1994), who supported her during all Eurovision time. The video to the first song Żyj (Be alive) was watched by 8 million people. The singer is followed by more than 200 thousand people in various social media. Young singer also tours a lot and works on her debut album.

Song Anyone I want to be has been presented on 6 November and it was produced by Corso Media and Universal Music Poland, composed by Maegan Cottone, Nathan Duvall, Cutfather, Peter Wallevik, Daniel Davidsen; lyrics: Małgorzata Lanberry Uścisłowska and Patryk Kumor. During first week song has been viewed almost 1 000 000 times on YouTube platform. After the big final of Junior Eurovision Song Contest – song is reaching almost 3 000 000 views.

Sunday’s final of Junior Eurovision Song Contest has been watched by 419 000 viewers in Poland. Contest was broadcasted by TVP HD, TVP ABC and TVP Polonia.

In jury voting, Roksana gained points from 13 countries: 12 points from France, 10 points from Australia and Serbia, 8 points from Ukraine and Albania, 6 points from Wales and Israel, 5 points from Georgia, 4 points from Belarus and Russia, 3 points from FYROM Macedonia, 2 points from Italy and 1 point from Kazachstan. Juries from Armenia, Portugal, The Netherlands, Ireland and Malta didn’t give any points to Polish act. In total Roksana received 79 points, which gave her 7th place in jury voting.

After succesful online voting from viewers all over the world – Poland got 136 points and after suming up these votes – Roksana placed on 1st position among 20 countries, which gave Poland historical win in Junior Eurovision Song Contest, with 215 points.

„I am very happy and proud of Roksana and her big succes. Poland and Telewizja Polska will be ready to organize the final of Junior Eurovision in 2019. It is too early to speculate in which city it could be, but we are ready to discuss and apply to European Broadcasting Union”

Kurski also added that internal selection instead of public preselection, was good idea, and maybe Poland should consider this method of choice, also for Eurovision Song Contest 2019 which will be held in May in Tel Awiw.