We will get to know Polish entry on 9 March 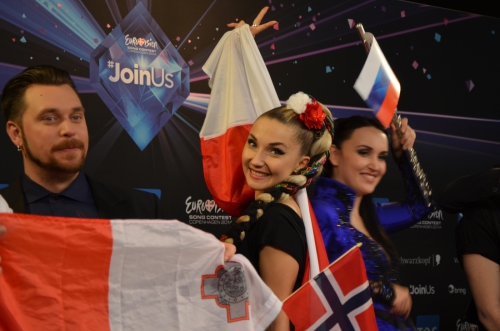 According to the Polish broadcaster – Telewizja Polska (TVP), the name of Polish representative will be revealed on 9 March!

The artist who will represent Poland in 2015 has been already chosen in January. However, TVP decided to wait and increase the excitement. The name of the artist which will fly the flag of Poland in Vienna, will be announced in March during the press conference.

The speculations had already started after the final in Copenhagen. For last few months fans in Poland discuss and try to guess the potential artist who will go to Vienna. There are several names which are circulating in the discussions, like very popular Margaret or Doda. Both of them got top placings in our poll organized in October. However, the former presents very skeptical views about the whole Contest. The latter, on the other hand, has released very popular single in the end of 2014 (Riotka). In the end, TVP denied that Doda got the offer to represent Poland in Eurovision Song Contest.

The other names, which are mentioned by fans are: Mela Koteluk, Sylwia Grzeszczak, Mrozu or even Edyta Górniak (ESC 1994).

Poland came back to Eurovision Song Contest in 2014 after  a two-year break with folk-urban song My Słowianie – We are Slavic. Cleo & Donatan finished the 14th in Copenhagen. Poland will participate in the second semifinal on Thursday, 21 May (and hopefully in the final on Saturday, 23 May).